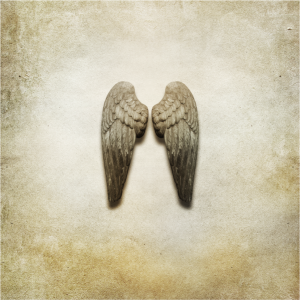 Some time ago, I did a psychic medium reading for a woman who had lost a boyfriend many years ago in the Viet Nam War.

Near the end of the reading, I thought I didn’t understand the message I was receiving from her boyfriend as he was indicating that he had “volunteered” to enter the military to go to the Viet Nam War. The only history (misnomer) I thought I knew about the Viet Nam War was that no one supported it and that I thought it had caused the draft to end or something like that, so I was baffled and kept requesting clarification. But, he kept sending the same message; so, finally I acknowledged him, and indicated to her that he was advising me that he had volunteered; and, “sure enough” she confirmed that he had enlisted voluntarily.

Then she shared with me that although she had been happily married for many years since his death and had 2 grown children, her daughter’s father was, in fact, her former boyfriend. She had loved him and knew he was most probably going to leave and fight in Viet Nam and perhaps not return; and, she knew she was risking getting pregnant in an era where it was disgraceful to be pregnant and unwed. The two of them had experienced a great love that resulted in a “love” child.

She was a wonderful woman and she thoroughly believed in an after-life. She spoke at length and shared with me the dreams that she had in the distant past where her boyfriend would appear and tell her how he had somehow known that he would not return before he left for Viet Nam and that he had felt sad but that it was his duty to go. He would also talk to her in her dreams about their daughter and that whatever they were doing in the dream was so real to her that she believed it was his way of communicating to her.

Over the years, I have often heard from clients that loved ones have spoken and appeared alive and well in dreams as a form of communicating with those of us still on the human plane. I know as others “KNOW” that our loved ones in spirit are, in fact, still here. This “knowing” is similar to a sense of sight, touch, taste or smell, it’s real.

Nothing really leaves, They’re Still With You